The Government has today announced a raft of initiatives in its response to the recommendations to the Royal Commission of Inquiry into the Terrorist Attack on Christchurch Masjidain.

These actions will promote inclusion for all New Zealanders while recognising and responding to the value diversity brings to our communities.

The Government will support our diverse communities by:

The Government will tackle harmful behaviour and discrimination by:

“Some groups within our communities are not able to access the same opportunities as others, and experience discrimination, racism, and risks to their safety. This Government is committed to ensuring all people feel safe, that they belong, are valued and can contribute,” says Minister for Diversity, Inclusion and Ethnic Communities Priyanca Radhakrishnan.

In response to recommendation 30, this Government will establish a Ministry for Ethnic Communities. This new Ministry will take the place of the Office for Ethnic Communities and will increase the standing and mana of the agency, improve its leadership within the public sector and provide a greater ability to deliver on the ongoing work to better support and respond to the needs of our diverse communities.

“With these actions, we are laying the foundations for a better future, and a fairer more equitable New Zealand”, Minister Priyanca Radhakrishnan says.

To address recommendations around increased representation in the public sector, the Government will be launching an Ethnic Communities Graduate Programme. This will provide 30 graduates over 18 months with a meaningful first employment opportunity within the Public Service and the opportunity to input broader cultural competency into the public sector.

As well as this graduate programme, a National Centre of Excellence will be formed that will bring together academia, civil society and government to research the prevention of radicalisation, social cohesion in a New Zealand context and guide the work of policy agencies across government.

The establishment of Te Raranga, The Weave has today been welcomed by the Minister of Police, Poto Williams.

“The Royal Commission of Inquiry was clear about the need to improve responses and recording of hate crime incidents. The name Te Raranga, The Weave was chosen to reflect the need to weave people, whānau, and communities together to reduce incidents of hate crime and hate incidents,” Poto Williams says.

“Te Raranga, The Weave will also implement a victim-centric hate crime approach and work with partners to develop restorative justice options for victims, communities and those that cause this type of harm.

The Multi-Agency Coordination and Intervention Programme will work to prevent terrorism and violent extremism as early as possible, says Police Minister Poto Williams.

“Those identified by the Programme are expected to receive tailored, wrap-around support to disentangle themselves from harmful influences, and direct their behaviour away from violent extremism and acts of hate,” says Poto Williams.

“Interventions include tackling vulnerabilities, such as risk of suicide and self-harm, mental health and disability needs, alcohol and drug issues, poor education and limited or no employment opportunities.

“We want early intervention to become prevention by enhancing social inclusion in our societies, and proactively responding to harmful behaviour,” says Poto Williams.

The Minister of Justice has confirmed the Government’s intention to strengthen laws related to hate-motivated activity and inciting hatred against an individual or group.

“Speech which is abusive or threatening and incites hostility towards a group or person can cause significant harm,” Justice Minister Kris Faafoi said.

“In line with the Royal Commission of Inquiry’s recommendations, Cabinet has agreed to a number of measures to improve provisions in the Human Rights Act (1993) relating to incitement.

“The Government intends to establish an engagement process with community groups to discuss these changes.

“New Zealand is a diverse country, and that diversity is a source of our strength. Our society is full of insights, skills and opportunities because of the many different people who call New Zealand home,” Kris Faafoi said. 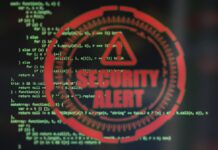 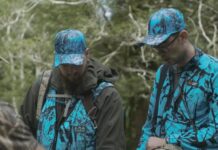