Home 24-7 Animal Welfare – SAFE is shocked to find MPI advertising for a...
Post sponsored by NewzEngine.com

Last year, the Ministry for Primary Industries (MPI) embarked on a review of the live export industry, the outcome of which could be a ban on the trade. Despite this, MPI is currently advertising for a manager to look after live animal exports.
The ministry says this is a team that’s undergoing ‘a period of growth’, foreshadowing a continuation of live animal exports.
SAFE CEO Debra Ashton says MPI is sending mixed messages to the public.
“The Ministry is operating as if they already know what the outcome of the review will be,” says Ashton.
“Prime Minister Jacinda Ardern has expressed her concern about live export, but all the signals her Government and MPI are sending suggest this is a trade that will continue.”
Agriculture Minister Damien O’Connor announced the review of the live export trade in June 2019, following an ABC News exposé that showed New Zealand and Australian supplied cows suffering in Sri Lanka.
The review was delayed due to the emergence of COVID-19, and the Minister said its release should be expected after the election.
Ashton says this Government is barely into a new term and has lost its integrity.
“Those of us who have serious concerns about live export participated in the review in good faith. We’ve lost faith in that process.”
SAFE is New Zealand’s leading animal rights organisation.
We’re creating a future that ensures the rights of animals are respected. Our core work empowers society to make kinder choices for ourselves, animals and our planet.
– Images of cows in holding pens on the Gulf Livestock 1 on a voyage in 2019.
– New analysis from The Guardian has found that live export ships are twice as likely to be lost at sea as cargo vessels.
– The live export of cattle, sheep, goats and deer for slaughter was banned in 2003. However, it is still legal to export these animals for breeding purposes.
– Animals exported for breeding purposes and their young will still eventually be slaughtered, potentially by means too cruel to be legal in New Zealand.
– The Government has been reviewing the live-export trade since June 2019. Agriculture Minister Damien O’Connor has expressed his preference for a conditional ban on cattle exports. 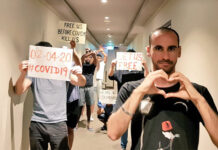