With current financial support for migrant workers coming to an end at the end of the month, the Union Network of Migrants (UNEMIG) has written to the Ministers for Social Development and Immigration, demanding the Government trigger Section 64 of the Social Security Act to grant emergency benefits to migrant workers.
“Migrants have been the first workers to be terminated or have their hours cut during the Covid-19 crisis, but it’s also becoming increasingly clear that some of NZ’s key industries want our labour to plug the shortage and keep the economy moving,” said UNEMIG spokesperson Mandeep Bela.
“Migrants are keen to play their part in NZ’s economic recovery, but redeployment requires time to find work and then secure their visas. Migrant workers need to be supported financially during that period.”
“Migrants that become indebted in the interim period could end up having to seek undocumented work in other industries, succumb to debt bondage or even leave the country, damaging NZ’s economic recovery and international reputation.”
UNEMIG has previously called on the Government to trigger Section 64 following the level-4 lockdown period. Instead, the Government provided funding to Red Cross to implement the Visitor Care Manaaki Manuhiri programme.
“We have sent many UNEMIG members and other migrant workers to the Red Cross project, and it has been hugely important,” said Bela. “However the project is coming to an end in November, and we understand it will not be renewed.”
“Now is the time for the Government to take a bold step to prevent a humanitarian crisis for migrant workers and safeguard our economic recovery. Only highly skilled migrants in a handful of industries are currently entering New Zealand and this is likely to remain the case for some time.”
“We also call on the Government to show kindness and compassion for migrants who are stuck offshore and separated from their families and livelihood in New Zealand.”
“Triggering Section 64 could be the catalyst to safeguarding NZ’s economic recovery.” 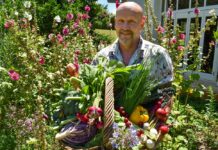