Asphalt has been laid on the roundabout, the SH10 approaches and on Skippers Lane. Kerbing is scheduled to be completed by the end of the month in time for the busy summer season, says Waka Kotahi NZ Transport Agency Senior Manager Project Delivery Andrew Thackwray.

“Traffic has been using the single lane roundabout in its temporary form for about a month and it’s working really well. The permanent asphalt surface is another significant step towards completion.”

“Waka Kotahi set an ambitious goal of completing the roundabout before Christmas and, weather permitting, we will achieve that. We recognise the importance of the holiday season to the Northland economy, with Waipapa on the Twin Coast Discovery Route and connecting important tourist attractions in the North.”

“The roundabout allows traffic to make safer turns across SH10 and is reducing peak time congestion and queueing on the state highway. It’s also helping to slow state highway traffic through the town centre and, along with improved cycling and pedestrian facilities, make the area safer and more accessible for all road users.”

“We ask motorists to continue to drive with care through the roundabout and use your indicators. For motorists not  familiar with roundabouts,  there are some handy reminders on our website [PDF, 83 KB].”

Sealed in time for Christmas. The new roundabout on SH10 at Waipapa takes final shape

Andrew Thackwray says the project team has so far completed the shared path along Waipapa Road and SH10, moved power cables underground and carried out a major upgrade of the stormwater system. Work will shut down over Christmas from 23 December to 5 January to help keep holiday traffic flowing through the town. No major works are planned for SH10 or Skippers Lane until after Waitangi weekend.

In the New Year, the project team will be back to build the bridge over the Whiriwhiritoa Stream on Maritime Lane and complete the extension to join Klinac Lane.

“This will make moving around Waipapa township easier by removing the need to travel along the state highway to get between the southern and northern areas. It will also help balance traffic entering the roundabout.”

Other work to be completed in the New Year includes a new car park on Waipapa Loop Road with pedestrian access to the shops on SH10 and landscaping and cultural design on the roundabout. Project completion is scheduled for April 2021.

For more on the project see https://www.nzta.govt.nz/projects/connecting-northland/twin-coast-discovery-route/sh10-waipapa-corridor-improvements/ 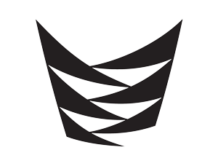