The Royal Commission of Inquiry into Abuse in Care mistakenly leaked a vulnerable rape survivor’s personal information, including their name, address and the name of their rapist. A form containing the details was accidentally sent by a senior support worker to another survivor. Read more here.

A medical student at Wellington Regional Hospital organised for their flatmate to watch heart surgery, but did not tell the hospital they were not studying medicine. The man observed the entire surgery before doctors realised they were not a trainee doctor but a builder’s apprentice. Read more here.

ACT Party may have breached privacy law with targeted ads

A Christchurch man has received an easy vote card despite being dead for 16 years. The card allows someone to turn up and vote and there are no ID checks at polling booths. An Electoral Commission spokeswoman has confirmed the man is still on the electoral roll despite his death in 2004. Read more here.

The Department of Internal Affairs has signed a master agreement with a leading global biometrics tech supplier that just about any organisation can be allowed to join. The master deal encourages the proliferation of facial recognition but also allows agencies to sign up without the visibility of running a public tender. Read more here.

Minister of Justice Andrew Little has joined New Zealand’s Five Eye partners in calling for governments to have the potential to access end-to-end encrypted messages sent over social media. The move would allow governments to access data they believe relates to or facilitates specific criminal activity. Read more here.

University of Canterbury disaster specialist John Hopkins has criticised New Zealand’s approach to pandemic response, saying there needs to be a conversation about more modern methods for responding to such events – such as mobile phone tracking. Hopkins claims New Zealand’s methods have been effective but are old fashioned. Read more here. 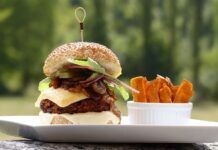 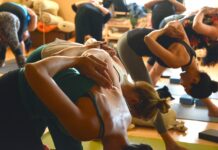