Thursday 8 October 2020 11:07am
There is no money left to fund life-saving cancer tests at New Zealand’s only dedicated oral pathology diagnostic service, the University of Otago says.
Every year around the country, more than 3,000 tissue samples are taken by dental professionals when abnormalities in a patient’s mouth are encountered and require further investigation. Often, the results indicate life-threatening conditions, including cancers and other diseases.
But because of an unintended legislation mix-up in the 1990s, pathology laboratories are not funded from the country’s health budget for the testing of specimens taken by dentists and dental specialists. Instead, the University’s Oral Pathology Diagnostic Service has taken on much of this task and picked up the tab for oral pathology testing.
Professor Mike Morgan.
The University has asked for the funding anomaly to be addressed in the intervening years, but without success. Now, in the wake of financial constraints wrought by COVID-19, the ability of the University to absorb the lab’s costs is becoming untenable, Faculty of Dentistry Dean Professor Mike Morgan says.
The tests average about $300 each, with the service’s annual cost totalling about $1 million.
The service is one of the only aspects of dentistry that directly saves lives, Professor Morgan says, and many of the conditions picked up by the testing become far more dangerous and more difficult to treat the longer they are left.
Oral cancer has a death rate which is at least as high as that seen with cancers such as melanoma and breast cancer. Most oral cancer cases are picked up late because the people who are most at risk are also those who are least likely to be seen by dentists for regular check-ups. This makes timely and efficient diagnosis and treatment crucial for their survival.
The University of Otago says it is not threatening to cut the service – doing so could cost dozens of lives every year in New Zealand and interrupt teaching and research in the Faculty – but paying for it in future will mean that other core university functions will have to be sacrificed.
Professor Morgan says it is core University funding which will effectively pay for this service if another solution is not found.
“The reality is the University is in large-part funded by students. And it’s them, essentially, who are going to fund this oral pathology service for the people of New Zealand. I suspect that won’t seem right to most New Zealanders, and it certainly doesn’t seem right to me.”
Professor Alison Rich.
Professor Alison Rich, Head of the Oral Pathology Centre says a small administration fee is charged back to some of the professionals ordering the test – a cost passed on to patients – but increasing that fee could have fatal consequences by causing the clinician or the patient to hesitate and not take a biopsy.
“It comes back to this ongoing issue of dentistry funding in New Zealand. Because of the high existing costs to patients, we already have substantial segments of our population effectively priced out of dental care. They just don’t go to the dentist. If people who are only just able to scrape together a dentist’s fee then get told they’ll need to stump up another $300 for a test, many are likely to say no to the test. And lives will be lost.
Professor Morgan says oral health care in New Zealand is “an out of pocket cost to patients”.
“It is absolutely unfair that they should pay for this service which potentially extends and improves life – in anyone’s value system, a basic human right.
“The cost of dental care isn’t the fault of our dentists. Dentistry is an incredibly expensive service to provide, as with most professional medical services. That’s why we state-fund most health services in this country, because otherwise too many people would miss out. Unfortunately, routine dental care is state-funded only up to 18 years of age.
“Poor dental health can have devastating impacts on people’s lives, and the lack of an oral pathology service would quite simply result in unnecessary death. I believe it is time New Zealand has a serious conversation about these funding anomalies.”
For more information, contact:
Professor Alison RichHead, Oral Pathology CentreFaculty of DentistryEmail alison.rich@otago.ac.nz
Professor Mike MorganDean, Faculty of DentistryUniversity of OtagoEmail mike.morgan@otago.ac.nz
Liane Topham-KindleyManager, Media EngagementUniversity of OtagoMob +64 21 279 9065Email liane.topham-kindley@otago.ac.nz 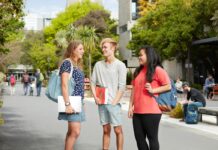