The New Zealand Taxpayers’ Union is today launching the Campaign for Affordable Home Ownership to fight against the Green Party’s proposal to implement an asset tax.

Campaign for Affordable Home Ownership spokesperson Islay Aitchison says: “Between now and Election Day, we’ll be campaigning to make clear the impact of the proposed asset tax on homeowners and the economy. New Zealanders must have all the information on how they’ll be affected before they cast their votes.”

“This tax will affect more than just the wealthy.  Any individual who owns a home worth more than $1 million will be forced to pay either once the tax is introduced or once their mortgage is paid off.

Given even modest Auckland homes are easily worth that much, it’s clear the tax would make home ownership more expensive. Renters would also lose out as the proposed tax would disincentivise investment and worsen the housing crisis.”

“Voters deserve to understand how their families will be affected before making their final decisions later this month. Our campaign will be active online at www.affordablehomeownership.nz and on social media.”

“In the coming days, we will be contacting tens of thousands of homeowners who are likely to be directly affected though direct mail.” Q&A Who is affected by the Greens’ asset tax? Any individual with a net worth of more than $1 million will pay the tax. Any net assets over the $1 million threshold will be taxed at 1 percent per annum and any net assets over $2 million will be taxed at 2 percent per annum.Which assets are included in the wealth tax regime? Most large assets are included. Houses (including the family home), KiwiSaver, other retirement savings and investments, and other assets worth more than $50,000 (like late-model SUVs or electric cars) will fall under the regime. How are couples affected?

Couples are able to split property across each individual, meaning many couples will face an effective $2 million threshold. However, if you pass away, the threshold will fall down to $1 million – so many widows will begin to face tax liabilities following the death of their partner.

How will the asset tax affect housing affordability? Many modest properties across the country are now worth more than $1 million as a result of very high rates of house price growth. The owners of those properties – who may not have high incomes – would find home ownership more expensive. A wealth tax is also likely to impact investment in New Zealand, worsening housing supply and the housing crisis. Will family trusts be taxed?

According to the Green Party’s policy, all assets in family trusts will be included in the regime.

The policy states “if [the trust] is not clearly linked to anyone … the trust would get treated as its own person for tax purposes and taxed at two percent on all assets, with no million dollar threshold”.

That means that many jointly owned family baches, or family nest eggs, will be taxed. How else will Kiwis be affected by the asset tax proposal? A wealth tax will encourage capital to flow offshore, worsening investment and economic growth in New Zealand.

Current and future generations will have lower incomes compared to a world where a wealth tax was not implemented. Won’t Labour or National stop the Greens’ proposal? Under MMP, Governments often require support from smaller parties to reach a majority in Parliament.

The price of that support is generally negotiated after elections behind closed doors, with no input from the public.

If Labour are unable to reach a majority at the election, they may need to offer the Green Party some policy concessions in order to obtain their support to form a Government.

The Green Party has described their wealth tax policy as a ‘top priority’. Who is behind this campaign? The Campaign for Affordable Home Ownership is an initiative of the New Zealand Taxpayers’ Union.

The Union is concerned that many voters do not necessarily know how the wealth tax will likely impact all homeowners by the time they retire. Who is funding this campaign? The Taxpayers’ Union has thousands of donors, hundreds of whom have specifically donated to fund this campaign against the wealth/asset tax. Supporters are encouraged to join the campaign and donate at www.affordablehomeownership.nz 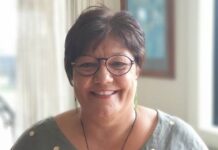