The SFO has filed a charge of ‘Obtaining by Deception’ against two defendants in the New Zealand First Foundation electoral funding case. The charges were filed on 23 September.

The defendants have interim name suppression and so cannot be named or identified at this time. We note, however, that neither defendant is a Minister, sitting MP, or candidate in the upcoming election (or a member of their staff), or a current member of the New Zealand First party. 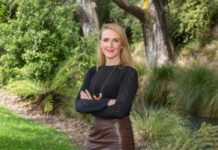