Documents released to the New Zealand Taxpayers’ Union under the Official Information Act revealed that during lockdown, almost 40% of callers to the non-emergency 105 police number abandoned calls rather than wait for an answer. Further, the average wait-time appeared to increase significantly during this period.
For the period of 1-17 April:
• 38.28% of callers abandoned calls.• Average wait time was 6 minutes 11 seconds.*• Ten callers waited longer than 45 minutes, with the longest wait being 53 minutes.
It is a concern if frustrated callers were opting to not report crime or breaches of the COVID-19 level 4 lockdown rules.
The police spent $1.22 million on an advertising campaign to promote the 105 number. The callers who spend more than 45 minutes waiting for the police to pick up would probably have preferred some of that money was used on the frontline service.  While the average waiting time, is reported in 2019 was 56-73 seconds, during COVID-19 lockdown that extended to more than six minutes.Many government departments found themselves with nothing to do during lockdown. Smart all-of-government thinking would have seen under-utilised human resources reallocated away from non-essential departments to frontline services such as police communication.
*Police were unable to provide us with the average estimated waiting time given to callers at the beginning of calls.References:
Information Response Document 1Information Response Document 2 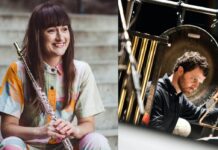 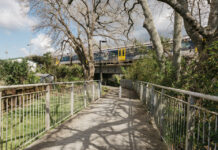