A New Zealand fashion label which was established just last week has already sold out of its limited-edition stock lines and had orders from the U.S and U.K.

The By Mischo label which was founded by Ayla Bligh to provide work for herself and five other women in the New Zealand fashion industry recently made redundant due to the pandemic is selling up to 50 orders an hour for their limited edition designer masks.

Bligh says she was a reluctant entrepreneur having seen first hand the challenges of running a fashion label in this country.

“I have trained and worked in the fashion industry for many years, most recently as an account manager for a textile firm and seen just how hard it is to make a business succeed.

“I reached out to others in the fashion industry via trade community groups and was able to connect with a number of seamstresses who were looking for additional work as the rest of the industry has been hard hit.

“Some of them worked as tailors for various labels and like me have found themselves out of work overnight.

“We are all grateful to be back producing something and earning an income again,” she says.

“Like most people, I was shocked to hear on the news that 90% of the 11,000 redundancies in New Zealand due to COVID affected women. So from the start, I wanted By Mishco to be about empowering women who, like me, had lost their jobs. We’re doing this by keeping manufacturing within New Zealand – all five of our seamstresses were made redundant or had reduced hours due to the pandemic.

“Supporting local women not only fits in with my nature of wanting to help fellow Kiwis but it also makes good business sense as we don’t have to deal with all the issues and late deliveries that importers have to deal with due to COVID disrupting supply chains,” she says.

Bligh says the label’s point of difference has been developed by taking the learnings from her own experience having been tested for COVID and developing a range of mask accessories to reduce the stigma of wearing a mask.

“I have been through the experience of being tested for COVID and there is a fair amount of anxiety that goes along with that test on top of the challenges we face in the environment we are all living in at the moment.

“The ethos behind the label has been to offer a product which is both fun and fashionable, and we are helping to do this through selling accessories like hair scrunchies which match the masks – making wearing them a bit more lighthearted,” she says.

Bligh says the main challenge she has had to overcome has been a shortage of elastic in the country.

“We approached one of the country’s largest elastic suppliers who advised they are completely out of stock and ironically their latest shipment is stuck on wharves due to delays caused by COVID testing of local port workers.

“A contact at a pharmacy said that the delay has not impacted supplies of hair ties however so we tested them and found they work really well,” she says.

Bligh says her sales break came after the promotion of the label’s new website on a New Zealand made Facebook page.

“I am new to social media marketing and so I have been teaching myself as I go playing around with a few ads etc.

“When the new website was launched I posted it on a Kiwi made Facebook page called Chooice.

“The sales response was immediate and we had more than 50 orders in the first hour alone – with customers four masks at the time and even had requests to send orders as far away as California and the United Kingdom.

“As a result, we are moving to scale up production with the purchase of more fabric and materials,” she says.

Bligh says her knowledge of the textile industry has helped her determine the best material for making masks.

“Having worked in the industry for a number of years we do learn a lot about natural fibres and I know that linen is quite breathable so it’s nice to wear and use as a facemask, but also the weave isn’t so loose that if you do happen to sneeze something is going to go through. It’s also quite soft which works better than synthetic fabric.

“I have seen a number of people using quilters cotton which is a hundred percent cotton, which can be a bit stiff and uncomfortable to wear against your skin.

“This is the reason we went with a cotton-linen blend which is both soft and functional for the consumer,” she says.

Bligh says she is focused on developing export sales in anticipation of demand eventually tapering off as the country moves down alert levels.

“The next steps for the business will be to focus on building an export brand which allows us to better support our local team by producing at higher volumes.

“We are also launching a range of smaller size masks for children and have expanded our delivery options over the weekend to include contactless collection for locals,” she says. 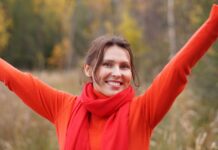 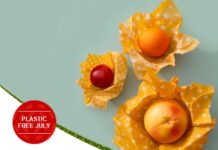