Deputy Health and Disability Commissioner Rose Wall today released a report finding a two midwives in breach of the Code of Health and Disability Services Consumers’ Rights (the Code) for the care they provided to a pregnant woman with risk factors.
This case highlights the importance of clear and open communication between everyone involved in a pregnant woman’s care, and the need for appropriate action in response to key risk factors that have the potential to affect the safety of the woman or her baby.
The woman was cared for during her pregnancy by her lead maternity carer (LMC). The woman had episodes of reduced fetal movements, elevated blood pressure, and a high BMI. She met the criteria for referral to an obstetrician, but this did not occur.
The woman went into labour and was admitted to hospital by a hospital midwife, who recognised that the baby’s heartbeat was abnormal but did not seek obstetric review. The baby was later delivered by emergency Caesarean section. She was born in a very poor condition and required resuscitation.
Ms Wall was critical that the LMC did not recommend to the woman that an obstetric referral was warranted due to the risk factors in her pregnancy, and noted that this was information the woman should expect to receive. Consequently, the woman was not in a position to make informed choices during her pregnancy. The hospital midwife was also criticised for not seeking an urgent obstetric review, and Ms Wall was concerned at the delays in carrying out the Caesarean section once a decision had been made.
Ms Wall recommended that the LMC undertake training on informed consent. She also recommended that both the LMC and the hospital midwife provide HDC with reflective statements on the training undertaken under their competence reviews by the Midwifery Council of New Zealand, and provide written apologies to the woman.
The full report for case C18HDC01268 can be found on the HDC website. 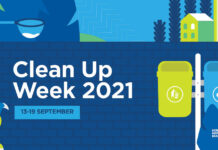