Following the Prime Minister’s announcement that Auckland would be moving to Alert level 3 from 12 noon Wednesday August 12, the Chief Justice Helen Winkelmann has announced that jury trials in progress in the Auckland region are suspended until Monday.
Jurors who are summonsed to attend, or who are serving on trials in the Auckland High Court, and District Court at Manukau and Auckland are therefore excused from attendance at court on Wednesday, Thursday and Friday. Jurors will be contacted by registries regarding attendance the following week.
The Chief Justice has also announced a 24-hour suspension of jury trials throughout the rest of the country to allow time for the courts to re-establish the public safety measures which apply at Alert Level 2.
Jurors summonsed to attend or currently serving on trials will be contacted by registries on Wednesday to advise them of the arrangements being made in each court house for their attendance for the rest of the week.
A further statement will be provided tomorrow. 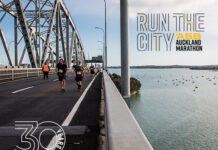