It’s the time of year to watch out for seals resting around our Hawke’s Bay coastlines, say Hawke’s Bay DOC office.

Kekeno/New Zealand fur seals are commonly seen onshore between July and September. It’s not unusual for beach visitors to encounter individual seals, including young seal pups, resting on local beaches over this time.

“This is normal behaviour for seals and mostly we’re reminding people to just leave seals alone to rest and give them space if they are encountered on a beach. Seals can also often appear weepy-eyed, which is just how they can appear on land and not a cause for concern,” says DOC Hawke’s Bay Senior Community Ranger Chris Wootton.

Dog owners need to take special care if walking their pets in a coastal area. Dogs can attack and injure or kill seals. Seals can also inflict nasty bites in return. Always keep your dog on a lead and under good control, especially in coastal areas where seals are likely to be found.

Parents need to be conscious of overly curious children around seals. Children should be kept well away from seals – even if they look quiet and sluggish, seals can move very quickly if provoked.

Although in many cases seals are simply resting, DOC is grateful for any reports where there are genuine issues with seal health or welfare, or where a seal is causing safety concerns.

DOC has had reports over the last month of seals hauling out or resting on coastlines right around the district, including the more urban coastline at Napier’s Marine Parade and Ahuriri.

“It’s great to have wildlife as part of our coastal Te Matau a Māui neighbourhood. It’s OK to observe these wild animals, but very important to keep 20 m distance and encourage others to do the same,” Chris Wootton says.

“Kekeno are becoming more common, but other seal species show up from time to time. Most recently our team responded to a leopard seal reported at Ocean Beach. We’re always keen to record sightings of these more unusual seals or any other marine mammal sightings, such as whales or dolphins,” he adds.

It is an offence under the Marine Mammals Protection Act 1978 to disturb, harass, harm, injure or kill a seal. A dog owner whose dog attacks a seal could face prosecution.

Sightings of marine mammals can be reported on the DOC website using an online form: 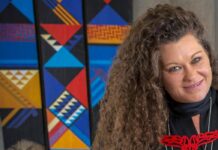