Malaysian-born UC student Firdaus Shairi earned the right to represent New Zealand in a global esports tournament centred around the football video game, FIFA 20, where competitors play each other by each taking control of a virtual team.

Shairi is relatively new to the world of esports. Over lockdown, he took part in a competition run by the University and was encouraged to sign up for the FISU Oceania FIFA qualifying tournament. He won his group games and finished fifth, the highest spot earned by a New Zealand player. That meant he qualified for the global FISU eSports Challenge Football tournament.

“It felt awesome and amazing at the same time. I never thought that I would represent New Zealand in esports,” Shairi said. 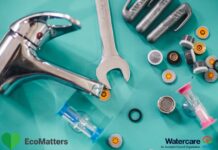