Tuesday, 14 July: Greenpeace NZ is challenging Coca Cola to face up to its embarrassing contribution to ocean pollution for Plastic Free July.
Coca Cola Amatil floods NZ with hundreds of millions of plastic bottles annually – the majority of which end up in landfill and the sea.
“This is the time of the year when thousands of Kiwis do their bit to minimise plastic in their lives,” says Greenpeace plastics campaigner Holly Dove.
“We want to know when Coca Cola is going to take responsibility for its huge plastic footprint that’s filling up the oceans.”
Greenpeace launched a campaign against plastic bottles last month.
It follows the terrible death of a young toroa (Royal Albatross) that swallowed an entire plastic bottle off the Napier coast and starved to death. Video here.
Tears of the Albatross video:
“Nine out of ten seabirds will eat plastic over their lifetimes and many of their lives will be cut short like this poor toroa’s.”
In New Zealand drinks companies such as Coca Cola sell an estimated one billion plastic bottles every year and the number is climbing.
“Big corporates like Coca Cola will tell you the problem will be fixed by recycling but recycling just isn’t working,” says Dove. “Only nine per cent of the world’s plastic has been recycled.”
Globally it’s estimated that Coca Cola produces 3,400 plastic bottles every second.
Greenpeace is calling on the NZ Government to become the first country in the world to ban single use drink bottles.
Plastic bottles and lids are among the top ten pieces of pollution found on surveys of New Zealand beaches.
“In the sea they break down into tiny pieces called microplastics which are eaten by fish and are rapidly entering the human food chain. We can’t let any more plastic into our seas.”
Greenpeace’s Ban the Bottle petition has more than 30 thousand signatures and comes after last year’s ban on plastic shopping bags. 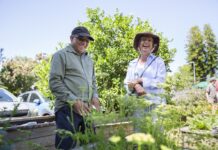