National’s plan to minimise debt is promising
9 JULY 2020FOR IMMEDIATE RELEASE
The New Zealand Taxpayers’ Union is welcoming National Party Leader Todd Muller’s commitment to limiting Crown debt incurred in the COVID-19 recovery and targeting infrastructure investment, should he be elected in September.Taxpayers’ Union spokesperson Islay Aitchison says, “National’s plan to reduce debt to 20 per cent is a step in the right direction, especially given the debt-to-GDP ratio is expected to rise to 32 per cent by the end of this year and Treasury is projecting a peak of 53 per cent in 2024.”“Like any other debt, Crown debt must be repaid. That means unnecessary stimulus spending now represents unnecessary tax hikes in future. Crucially, a high debt-to-GDP ratio also limits New Zealand’s options if another natural disaster or black swan event occurs. It greatly limits access to capital.”“Prioritising infrastructure investment is an approach supported by most economists when it comes to public financing. Spending in this area is likely to lead to a growth in GDP, meaning overall debt-to-GDP would reduce.”“However, taxpayers are still waiting to hear critical details. By when would National reach a 20 per cent ratio? What spending will be cut to get there?”

Stats NZ information release: Effects of COVID-19 on trade: At 28... 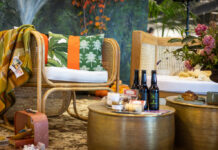