The Government has released a major new report on the options for relocating the Port of Auckland’s freight operations while deferring any decision on the issue.

“That decision needs to be informed by policy analysis that is still to be completed. As a result it will be up to a future government to determine a preferred location,” say Transport Minister Phil Twyford and Associate Transport Minister Shane Jones.

Phil Twyford says this issue has significant fiscal, economic, social and environmental implications. “Because officials have been focused on COVID-19 response and recovery work they have not yet been able to provide advice on Sapere’s assessment of the benefits, costs, risks and uncertainties associated with the options.”

The new report by economic consultancy Sapere was commissioned by officials to inform that policy work.  It considers five relocation options: Northport, Manukau, the Firth of Thames, the Port of Tauranga and a shared increase in capacity at both Northport and the Port of Tauranga.

Its key findings include:

The Upper North Island Supply Chain Strategy Independent Working Group previously identified Northport as the preferred option. Following the release of the Working Group’s report late last year the Ministry, along with the Treasury and the Provincial Development Unit, were tasked with further work to inform a relocation decision.

Shane Jones said at that time Cabinet noted the Ports of Auckland was not viable as the Upper North Island’s key import port over the long term.

Phil Twyford thanked all those who provided their views, data and expertise to inform the work to date – especially iwi, councils and port companies. “We know there is a very high level of interest in this issue as well as the wider strategic context of ensuring a secure, efficient upper North Island supply chain,” he said. 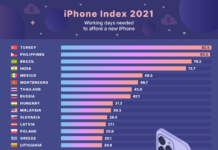