As it divvies up the $3 billion ‘shovel ready’ infrastructure spending pie, the government should reserve a few slices for the rural areas that drive our export earnings, Federated Farmers says.
“It’s understandable that the first 12 predominantly urban projects announced this week emphasise jobs and kick-starting the post-COVID rebuild,” Feds President and commerce spokesperson Andrew Hoggard says.
“But at the same time we should also have an eye to building longer-term resilience and putting in infrastructure that underpins increased primary industry production.”
For example, the government has earmarked $210 million of the fund for climate resilience and flood protection.
“A prime candidate for some of this money must surely be boosting community water storage,” Andrew says.
“We’ve just witnessed some of the worst droughts on record in a number of provinces, and climate change will compound that pressure in the years ahead.
“Putting in infrastructure to store water when it’s plentiful is an investment in future options, flexibility and resilience not just for agriculture and horticulture, but all industries and townships.”
The $708 million put aside for transport shouldn’t all go to expensive trainsets, cycleways, walkways and metro motorways.
“There needs to be increased investment in the maintenance and improvement of rural roads and bridges to better support transport connections heavily relied upon by rural and provincial people,” Andrew says.
“Many rural roads are already in a poor state and numerous rural bridges are past their designed lifetimes.”
For the $670m for community development, investment in improving the limited broadband capability in rural areas – and not just more communications hubs in provincial towns – will help level the digital divide between town and country and support increased uptake of emerging technologies on farms to lift productivity and the nation’s earnings.
“As for the $155m put aside for energy projects, there’s a strong case for improving the reliability of rural electricity supply, and support for farm-scale and community-scale generation that moves us further towards that climate-friendly goal of 100% renewable energy.” 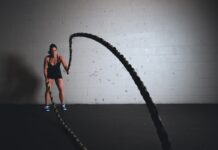