He is also pleased his appointments to the inaugural Paramedic Council were confirmed by gazette this week.

The new Health and Disability Commissioner Ms McDowell will commence the role on 7 September 2020, taking over from Anthony Hill, who has been in the role since 2010.

“Morag McDowell is highly regarded and is an exceptionally experienced and qualified individual who will make an outstanding Commissioner,” says David Clark.

“Morag has been a coroner in the Auckland region since 2007 and has a Master of Laws from Auckland University. I am delighted that she has accepted what is a crucial role, promoting and protecting the rights of New Zealanders when they access our health and disability services.

“I would also like to take this opportunity to thank Anthony Hill for the hard work and dedication he has given to the role of Health and Disability Commissioner for the last decade, and his extensive public sector contribution prior to this.” says David Clark.

The Health and Disability Commissioner is appointed by the Governor-General on the recommendation of the Minister of Health.

The council members are:

“The new council will oversee regulation of New Zealand’s more than 1000 paramedics in the same way as the Medical Council oversees doctors and the Nursing Council oversees nurses.
“This recognition of paramedics’ role is long overdue given their work to assess, treat, transport, and refer thousands of New Zealanders each year, often in emergency situations.

“The well qualified and experienced individuals appointed today will ensure the high professional standard to which paramedics work will be maintained and enhanced into the future,” says David Clark.

“The council’s first major task is establish the new standards and processes required before all paramedics have to be registered,” David Clark says.

The appointments of the Health and Disability Commissioner and to the Paramedic Council were confirmed by Cabinet on 8 June.

Carlton Irving is an experienced Intensive Care Flight Paramedic with over 10 years’experience in the field. He has worked in Rescue – Marine, Alpine, Forest and
Technical Winch Rescue with over 500 confirmed rescues. Beyond his clinical roles
he has also managed a station, led national projects for the New Zealand
Ambulance sector and worked as a lecturer in his field. His appointment is for a term of two years.

Dr Bronwyn Tunnage has a broad clinical background in paramedicine and nursing within the New Zealand and British healthcare systems. Dr Tunnage is familiar with the contemporary paramedic role. She has notable experience in academia, with
several publications and lectures included in her CV. Her appointment is for a term of three years.

Mitch Mullooly has been employed by St John in Gisborne, Auckland and Waiheke
Island since 1996 in the roles of Preceptor, Clinical Tutor, Clinical Auditor,
Paramedic, Team Lead and Project Lead. She has also been lecturing on clinical
skills and mentoring paramedicine students for Auckland University of Technology
since 2014. She is appointed for a three year term.

Sean Thompson is an intensive care paramedic with Wellington Free Ambulance. He is also a paramedic lecturer at Whitireia Polytechnic, where he has been involved in the governance, policy and process development of the Bachelor of Health Science. He is appointed for a three year term.

Dr David Ivory has been the Rangiora Director of Ashley Industries Limited since 1998. He has held a range of roles across government and public sectors, most recently in education as the Faculty Head of Commerce at St Johns
College. Hi is appointed for three years.

Tofilau Bernadette Pereira has worked in women’s development and race relations, leading women’s delegations to the United Nations and other forums in the pursuit of gender equality and general progress and development of women. She has championed community led initiatives, held governance roles on several community, government and health boards, and remains a veteran board member of South Seas Healthcare Otara. She is appointed for a two year term. 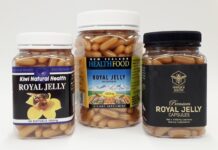