Tūturuatu/shore plover were introduced to Waikawa (Portland Island) off the Mahia peninsula in 1999. By 2012 there were 37 breeding pairs, but a rat incursion decimated the population to just four pairs from ten individuals. Since then, translocations, close monitoring and rigorous predator control have seen the population steadily increase.

There are currently 82 of these critically threatened birds on the island, making up approximately 33% of the total population of tūturuatu in the world.

“Tūturuatu are very susceptible to predation because they nest on the ground, are small, and very territorial and curious. The priority work on Waikawa is biosecurity, ensuring nothing bad has got to the island that could devastate the birds – like we’ve seen in the past,” says Helen Jonas, Department of Conservation (DOC) Biodiversity Ranger and lead for tūturuatu work on the island.

“We’re up four breeding pairs from last year, and we have one ‘honeymoon couple’ who are in the early phases of their relationship. They’ve secured themselves some nice real estate to start a family when the breeding season kicks off in August or September.”

A key contributing factor to this success, she says, is the dedication of conservation volunteers whose work includes monitoring birds and servicing the traplines.

“Volunteers have contributed around 450 hours to the project in this season alone. I couldn’t complete all the work without their help. And it’s great to be a part of the buzz volunteers get from being on such a special place and coming face to face with such rare and special birds.

“This week is National Volunteer Week, so I’d like to send out a particular thanks to them.”

Peter Lo has been volunteering on Waikawa for seven years. He says, “For me, islands – especially those that are wildlife reserves – are very special places. It’s partly their isolation, but mainly because of the endangered animals they provide a home for. I enjoy being able to make a small contribution towards the conservation efforts of DOC.

“My favourite thing about shore plovers is their appealing personality. They must be virtually unique amongst wild birds by running towards people who enter their territories. Then they bob their heads up and down as if to say, ‘Who are you?’”

Waikawa currently has around 12 regular volunteers.

Get involved as a volunteer.

A 10-year plan for tūturuatu/shore plover is being developed, which includes the translocation of new birds to Waikawa if required and swapping eggs with other tūturuatu populations to keep the species genetically healthy. 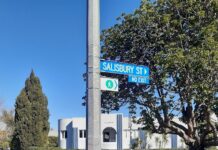