The Monetary Policy Committee agreed to continue with the Large Scale Asset Purchase (LSAP) programme aimed at keeping interest rates low for the foreseeable future. The LSAP quantum remains set at $60 billion. The assets included are New Zealand Government Bonds, Local Government Funding Agency Bonds, and NZ Government Inflation-Indexed Bonds. The Committee is committed to reviewing this quantum at regular intervals, with a focus on achieving its remit. The Official Cash Rate (OCR) is being held at 0.25 percent in accordance with the guidance issued on 16 March.

New Zealand has contained the spread of COVID-19 locally for now, enabling a relaxation of social restrictions and an earlier resumption of domestic economic activity than assumed in our May Monetary Policy Statement. The Government’s intended fiscal stimulus, announced in its May Budget, was also slightly larger than we assumed. These outcomes give cause for some confidence but significant economic challenges remain.

The severe global economic disruption caused by the COVID-19 pandemic is persisting, leading to lower economic activity, employment, and inflation abroad and in New Zealand. The negative economic impact on New Zealand is exacerbated by the required international border restrictions, as the vast majority of the world battles to contain the pandemic. The appreciation of New Zealand’s exchange rate has placed further pressure on export earnings.

The main support for the economy in this environment is appropriately being provided through increased fiscal spending. However, monetary policy will continue to provide significant support.

As outlined in our May Statement, the balance of economic risks remains to the downside. The LSAP programme aims to continue to reduce the cost of borrowing. Retail interest rates have declined with lower wholesale borrowing costs. It remains in the best long-term interests of the banking sector to promptly maximise the effectiveness of our LSAP programme.

The Monetary Policy Committee is prepared to provide additional stimulus as necessary. As well as potentially expanding the LSAP programme, the Committee continues to prepare for the use of additional monetary policy tools as needed.

The Monetary Policy Committee agreed that global economic activity has been severely affected by the COVID-19 pandemic. Measures to mitigate the pandemic have resulted in a global economic downturn and severe disruption to international trade.

The global restrictions introduced to mitigate the spread of the virus have provoked a severe downturn in New Zealand as well. The full set of evidence is not yet available to determine how the pandemic is affecting the economy, but the Committee agreed that the June quarter data will show a substantial decline in economic activity. The economic risks remain to the downside despite some high-frequency data suggesting that demand has increased since the end of Alert Level 2 restrictions.

The Committee agreed that the extent of the continued job losses and reduced activity remains uncertain. It noted that much will depend on how willing households and businesses are to spend or invest in the current uncertain environment. Members noted that household and business confidence remain weak.

The Committee acknowledged that some trading-partner economies have begun to relax their restrictions on business activity, providing some confidence on the outlook for New Zealand’s export demand.

However, members noted that these positives could be short-lived given the fragile nature of the global pandemic containment. The Committee agreed that current disruptions to supply chains and international travel – including tourism – will persist and constrain growth and employment. Members also noted that the exchange rate has appreciated since the May Statement, dampening the outlook for inflation and reducing returns for New Zealand exports.

The Committee discussed the effectiveness of the Large Scale Asset Purchase (LSAP) programme so far. Members noted that financial markets are functioning well and that the NZ government bond yield curve has flattened. The Committee noted that mortgage rates have declined since the May Statement, reducing the cost of borrowing for households and businesses. Members noted that these mortgage rate declines have been accompanied by similar declines in deposit rates.

However, the Committee agreed that it is not yet clear whether the monetary stimulus delivered to date is sufficient to meet its mandate.

Members discussed risks to the economic outlook. It was noted that risks remain skewed to the downside as outlined in the May Statement, despite the marginally stronger starting point for the New Zealand economy.

Due to worldwide uncertainty about the pandemic containment, the possible negative outcomes remain severe and larger than any near-term upside surprises. Added to these concerns was the challenge of phasing out various Government support schemes – in particular the wage subsidy – which could lead to further job losses. The Committee agreed that the labour market is severely disrupted, with data on wages, hours worked, participation, and utilisation all important for assessing aggregate demand and supply capacity.

The Committee noted that any potential easing in international border restrictions could provide a boost to the New Zealand tourism and education sectors, however it acknowledged this is highly dependent on the virus remained sufficiently contained in other parts of the world.

The Committee discussed the range of available policy tools. It was noted that the existing LSAP programme is continuing to ease monetary conditions.

Members discussed the pros and cons of expanding the LSAP programme now. Members noted that any expansion would need to be driven by the economic outlook and assessment of the effectiveness of the programme. A change in the size of the programme would also need to be of sufficient magnitude to make a meaningful difference.

Members noted that staff are working towards ensuring a broader range of monetary policy tools would be deployable in coming months, including a term lending facility, reductions in the OCR, and foreign asset purchases, as well as reassessing the appropriate quantum of the current LSAP.

The Committee reached a consensus to continue monetary easing through the existing LSAP programme and to keep the OCR at 0.25 percent. 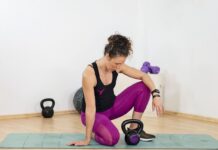