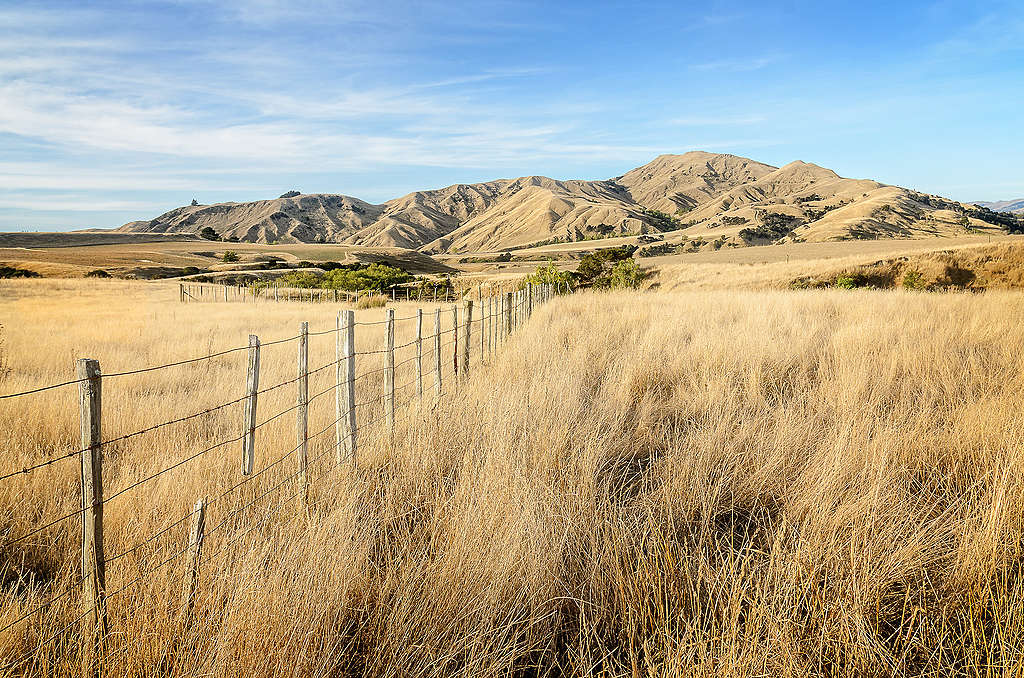 Paddocks full of dry, brown grass. Urban drinking water dams shrunk to puddles. Farmers frustrated and scared amid the stress of not having enough food for their animals.

Right across New Zealand, we’re feeling the effects of an on-going drought. Aucklanders are still facing heavy water restrictions, and the drought in Hawkes Bay has been so prolonged, its effects can be seen from space.

We know that the climate crisis is only set to get worse. We’ll be seeing more extreme weather events, as well as hotter, drier summer months for many regions. It’s even been suggested that Aotearoa could face the same devastating bushfires that Australia has seen in recent years

And when there’s a drought, the call goes up for even more irrigation. Just last week, the Government announced it would fast track several projects on the road to Covid-19 economic recovery, including an irrigation scheme for Northland. But the best place to store water isn’t in dams – it’s in the soil itself.

Wait, what? Storing water in the soil?

You read correctly. Regenerative farming practices can maximise the amount of water that’s able to be stored in the soil itself, minimising the need for irrigation and increasing resilience to droughts. Regenerative farming puts the focus on building healthy soil. When soil is healthy and full of organic matter, it acts like a giant sponge, storing water during rain and then releasing it slowly over time.

The USDA estimates that 1 percent of organic matter in the top 15cm of soil holds approximately 102,000 litres of water per acre.

Soils managed with regenerative organic methods are better at holding water and have lower erosion rates. As a result, soil farmed regeneratively produces higher yields than high-input monocultures (like intensive dairying that relies on synthetic nitrogen fertiliser) in drought and flood.

1. Regenerative farming is kinder to the climate than irrigation

The majority of irrigation in New Zealand has been developed so that dairy farms can expand and intensify, keeping more cows on the land for more of the year.

Regenerative farming can allow farmers to keep fewer animals on the land, diversify into other crops, and still have good livelihoods . The focus on soil health and different farming techniques like agroforestry also allows regenerative farmers to capture and store carbon, reducing climate impact.

With a focus on reducing external inputs – like synthetic fertiliser, imported feed and irrigation – regenerative farms are more resilient and able to cope with disruptions.

Canterbury’s Opuha dam was built in 1998 with the promise of helping farmers through tough droughts. In the summer of 2015, it dried up completely. All irrigation takes were shut off and 250 farmers were left high and dry.

What makes it worse is that those farmers, lulled into a false sense of security, had made the most of the irrigation by bringing more cows into their land. Those extra cows were then left high and dry when the water ran out.

As mentioned, regenerative methods help farmers store water in the soil instead of relying on irrigation that could dry up. With careful farm management, regenerative farmers are likely to fare better than others throughout droughts and extreme weather, without many of the costs of industrial farms that rely on external inputs.

3. Regenerative farming cares for our rivers

Regenerative farming places an emphasis on taking care of freshwater and the ecosystems our rivers and lakes support.

In contrast, irrigation encourages keeping too many cows on the land. The more cows on the land, the worse our rivers fare. Cow effluent (poo and wee) is washed into rivers by rainfall and by too much irrigation.

All that irrigation draws water out of rivers, too, leaving less water flow to keep things moving along in those rivers. Left high and dry, algae blooms in stagnant water and chokes out native plants and animals.

With almost half our lakes being heavily polluted, and over 75% of our freshwater fish species at risk of extinction, it’s plain to see that our freshwater is in a dire state. We can’t keep stacking cows in paddocks and stacking the odds against our rivers and lakes. A switch to regenerative farming that nurtures freshwater and reduces runoff would allow our rivers to recover and flourish.

We’re calling on the Government to support farmers to transition to regenerative agriculture that works with nature, not against it. Amongst other things, regenerative farming prioritises freshwater and takes into account our rivers as part of a whole system. The farm needs to nourish that system, not deplete and pollute it.

Join our call for a regenerative farming future.