18 JUNE 2020FOR IMMEDIATE RELEASE
The New Zealand Taxpayers’ Union has launched a petition calling on the Prime Minister to sack Health Minister Dr David Clark. Union Executive Director Jordan Williams says, “The Minister of Health was missing in action for virtually all of the COVID-19 pandemic after repeatedly breaching his own guidelines by travelling unnecessarily, mountain biking when that was forbidden, and moving house and his office at the exact time he was requiring people to stay home and work from home.” “COVID-19 is the biggest pandemic since the Spanish Flu but the response was led by the Prime Minister and Director-General of Health because Dr Clark was instructed to stay in Dunedin and away from any media.” “After returning to Wellington, Dr Clark was the Minister in charge when the Ministry of Health breached its own protocols to allow two women to travel the length of the North Island without being properly tested. This breach saw the virus re-enter New Zealand. He accepted no responsibility for that.” “Further, quarantined individuals have been granted exemptions to attend funerals, nine days after New Zealanders were told this wouldn’t happen.” “The fact that the military has now been called in to secure our borders is testament to his failure. Prime Minister Jacinda Ardern should adhere to the principle of Ministerial accountability and immediately sack the Minister for his repeated failures in response to the COVID-19 pandemic.”The petition is available at www.taxpayers.org.nz/david_clark. 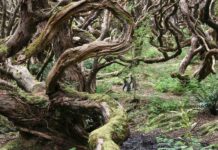