“As part of the recent Provincial Growth Fund (PGF) reset we announced an allocation of $60m for road and rail projects across the country that will focus on worker redeployment.

“This is made up of $27.2m for local roading projects, $26m for rail projects and nearly $6.8m for the Ministry of Social Development to support workers into training to take up these jobs.

“This means at least 800 New Zealanders most in need of employment due to the economic effects of COVID-19 can be employed into work in their own communities,” Shane Jones said.

“Workers throughout New Zealand have been significantly impacted by the economic impacts of COVID-19. This latest investment is in addition to the $100 million earmarked for worker redeployment, of which $28m has already been allocated to Tairawhiti, $6.2m nationally for forestry workers and $36.7m to other regions hard hit by the effects of Covid-19.”

The $27.2 m for roading projects means work start almost immediately on improving roads, cycleways, tree maintenance and water projects in seven regions. These are in the Bay of Plenty, the West Coast, Manawatu-Whanganui, Wairarapa, Taranaki, top of the South Island and Waikato.

The $26m rail investment means work can start early next month on culvert clearing and drainage improvements on regional railway lines. KiwiRail will be working with the Ministry of Social Development to take on and train new regional rail workers.

The package announced today consists of:

“Our aim is to put in place measures to soften the impact on workers and businesses in some of the most affected areas, and in sectors where jobs have been lost and most in need of support,” Shane Jones said.

“The local councils and KiwiRail projects are providing vital support to regional economies as the PGF refocuses on projects that will provide immediate jobs, can start immediately and have high visibility to boost public confidence in the economic recovery.” 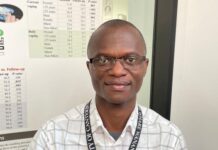