Counties Manukau Police are appealing for witnesses to a fatal crash involving a vehicle and pedestrian in Papatoetoe on Monday.

The incident occurred at around 3.40pm on Monday 8 June on Great South Road near Hunters Corner Plaza.

Police can now name the man as Gurmej Singh Lally, aged 87, of Papatoetoe.

Mr Lally suffered critical injuries in the incident and sadly passed away in Middlemore Hospital later on Monday night.

“We extend our deepest sympathies to Mr Lally’s family for their loss after this tragic incident.”

If you were in the area or saw what occurred, please email the Counties Manukau Serious Crash Unit on DLCMSCU@police.govt.nz or call Constable Chris Peet on (09) 261 1328.

“The Police investigation into the crash remains ongoing and Mr Lally’s death will be referred to the Coroner,” says Inspector Lane. 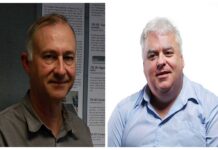 Greenpeace – Government’s Waste Strategy must focus on eliminating waste at...