The Association of Salaried Medical Specialists says rundown hospital buildings, cramped working space and failing IT systems are part of the everyday working conditions for hospital staff and the result of long-term neglect.

The government has released a stocktake of the country’s hospital infrastructure – The Current State of Assessment of DHB assets – which paints a dire picture of DHB facilities.

ASMS Executive Director Sarah Dalton says such a comprehensive stocktake was long overdue and the findings will come as no real surprise to senior doctors and other hospital workers.

Late last year ASMS released a report Hospitals on the Edge which detailed some of the challenges of poor hospital infrastructure.

“Our members have been reporting for years about having to juggle growing patient need in ageing buildings which no longer meet the needs of modern-day health care delivery”.

“Most hospitals have outgrown their physical footprints, have cramped and overcrowded theatres and clinical spaces, not to mention outdated equipment and IT systems which are frustratingly slow and unfit for purpose”.

The report repeats a Treasury estimate from two years ago that $14 billion needs to be spent on infrastructure over ten years.

“The capital investment allocated in this year’s Budget is tracking well short of that Treasury figure,” says Sarah Dalton.

ASMS also believes there are worrying signs of scrimping and saving on earmarked capital projects and new hospital builds.

Sarah Dalton says DHBs are having to engage in bidding wars for capital works funding which is resulting in hospital bids and business cases being pared back, and new buildings which are over-capacity before they have even opened.

“This report underscores the need to move past the sin of cheapness and make a serious long-term investment in hospital infrastructure across the country.”

“Maybe it’s time to hand the task of imagining our new hospitals to a centralised agency that has the time, clinical expertise, and resource to make a proper job of it,” she adds. 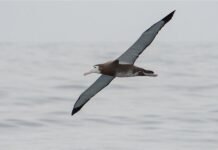 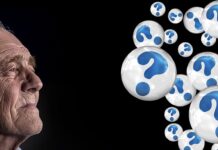