1. Dr DUNCAN WEBB (Labour—Christchurch Central) to the Minister of Finance: What recent reports has he seen on the New Zealand economy in the context of the global COVID-19 pandemic?

Hon GRANT ROBERTSON (Minister of Finance): In its latest weekly commentary, released yesterday, Westpac said that “There was a definite bounce in the economy after the Alert Level 4 lockdown was lifted,”. It said recent card-spending data points to an encouraging degree of resilience in households’ spending appetites, while key indicators such as electricity demand, heavy and light traffic movements, and a slower pace of job losses recently, were also pointing to a faster recovery than we had expected. Westpac said that although there had been a large lift in the number of people on the jobseeker benefit, it was a more modest increase than expected, largely due to the Government’s wage subsidy scheme. Accordingly, it expects unemployment may not reach its own forecast peak of 9.5 percent. I am pleased to see that this commentary recognises the impact of New Zealanders efforts in getting the virus under control, coupled with the Government’s unprecedented level of economic support so that we have the best chance of our economy recovering well.

Dr Duncan Webb: What reports has he seen on the scale of the Government’s support for the New Zealand economy?

Hon GRANT ROBERTSON: The Government’s unprecedented $62.1 billion in available economic support includes the wage subsidy scheme, the Small Business Cashflow (Loan) Scheme, $2.8 billion in business tax changes, an estimated $3.1 billion tax loss carry-back scheme, $3 billion for new infrastructure projects, $1.6 billion for the trades and apprenticeship training package, the billion-dollar environmental jobs package, $216 million for the international business sector, and, as of today’s announcement, $150 million for research and development loans. According to analysis from Treasury, this package represents nearly 20 percent of GDP, which puts it as one of the largest fiscal support packages in the world, well above Australia, Japan, Singapore, Canada, the US, and the UK. From the outset of this pandemic, our Government has committed to going hard and going early, cushioning the blow for households and businesses, and kick-starting the recovery on the other side. The scale of our fiscal support represents the scale of our commitment to New Zealanders to help see them through the crisis.

Dr Duncan Webb: What reports has he seen on the international context for the New Zealand economy?

Hon GRANT ROBERTSON: I’ve seen a range of reports that indicate that many other countries may be facing greater economic impacts from COVID-19 and a slower recovery from it. The Reserve Bank of Australia and the Australian Treasury are both forecasting unemployment to rise to 10 percent in Australia. According to the International Monetary Fund, Ireland’s unemployment rate is forecast to rise to 12 percent this year. The unemployment rate for April in the US was officially 14.7 percent, but a report from Goldman Sachs estimates it could be as high as 21.5 percent in May.

Hon GRANT ROBERTSON: That’s not true, Mr Brownlee. We have always been upfront that the road ahead will be difficult. We will not be able to save every job or every business, but these forecasts show that, thanks to our collective success in fighting the virus and our efforts at cushioning the economic blow, we face less damaging immediate impacts, and the opportunity for a stronger recovery. 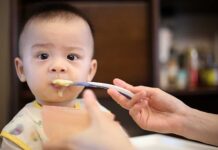