Projects in Hawke’s Bay, Northland, Rotorua and Queenstown will be funded from the Government’s $100 million worker redeployment package, announced in March, to create employment for people who have lost their jobs.

“We need to keep New Zealand businesses going, workers in jobs and regional economies afloat and viable, while at the same time ensuring the health of our country is not compromised,” Phil Twyford said.

“Workers throughout New Zealand have been significantly impacted by COVID-19. Our aim is to put in place measures to soften the impact on workers and businesses in some of the most affected areas.

“The initiatives announced today will create more than 400 local jobs in the regions and will help redeploy displaced workers into alternative employment over the next three to six months,” Phil Twyford said.

The package announced today consists of:

“A number of projects will take place in Hawke’s Bay, Rotorua and Northland. This work will mostly focus on safety improvements and maintenance projects for roads and bridges, and footpath and cycleway construction,” Shane Jones said.

“Training will be provided for workers looking to be deployed, tailored to the specific requirements of the jobs available in their area. Training can be done pre-employment or on the job and can be delivered by providers or employers.”

Queenstown relies almost solely on tourism and is suffering from a halt to international visitors.  The primary sector workforce package will help address the shortfall of workers in the primary sector nationally by reskilling workers and attracting new workers by building career pathways.

The Government announced its $100 million workers redeployment package in March. To support worker redeployment in Tairāwhiti, $28 million was allocated from the fund, as well as $6.2 million to support redeployment of forestry workers nationally. The package is administered through the Provincial Development Unit.

The PDU will continue to work with regions to determine whether there are further projects that can be supported via the Provincial Growth Fund.

Funding for the Hawke’s Bay, Northland and Rotorua projects includes just under $500,000 of funding for the PDU to monitor and administer these projects. 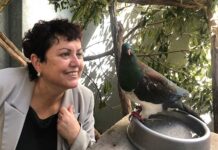