Discoveries made by a University of Canterbury (UC) organic chemist could be a springboard to new treatments for cancers and antibiotic resistant infections.

Discoveries made by a University of Canterbury (UC) organic chemist could be a springboard to new treatments for cancers and antibiotic resistant infections.

Dr Daniel Foley, a lecturer in UC’s College of Science, has found ways to quickly create synthetic compounds closely related to those found in nature.

As a result he has discovered new “bioactive” chemicals that could have potential as medicines – including novel anti-cancer drugs.

“Typically, products found in nature – such as plants, bacteria and marine organisms – have more three-dimensional shapes than synthetic molecules, and a higher oxygen and nitrogen content.

“Chemicals with these features tend to have more success in clinical trials. This means they have the potential to reach the market as new drugs in a shorter time-frame.”

Unfortunately, medically effective compounds from the natural environment are often available only in very small amounts and their synthesis is difficult and resource intensive.

Dr Foley has come up with rapid ways to synthesise compounds with similar features to naturally occurring compounds, and his work is showing positive results.

“By replicating those molecular structures in a synthetic compound and then screening them, we have discovered some that have novel bioactivity related to the treatment of diseases such as cancer,” he says.

For example, compounds derived from the natural product quinine, a well-known antimalarial, were found to inhibit a biological process called ‘autophagy’ which is the body’s way of recycling cellular components. However, quinine itself does not exhibit this activity.

Dr Foley worked on the project during his 2018 Marie Skłodowska-Curie Fellowship in Germany before joining UC in September 2018.

He has now set up a research group at UC to develop a range of different classes of new compounds related to those found in nature.

They could have potential for treating a range of diseases, including combating cancers and multi-drug resistant antimicrobial infections, such as MRSA (methicillin-resistant staphylococcus), which are currently very difficult to treat.

He recently received $10,000 in seed funding from the Maurice and Phyllis Paykel Trust to further develop research that could potentially lead to the discovery of novel antibiotics.

“This general strategy of making natural-like compounds could conceivably lead to the development of new antibiotic compounds,” Dr Foley says. “To come up with anything that’s going to treat a major disease group would be an amazing achievement.

“Ultimately, we plan to expand the compound collection and make it available to New Zealand researchers, where we anticipate that it will be of significant value towards breaking microbial resistance and in other areas of medicine.”

He says it’s important to note that the molecules are carefully designed to broadly mimic the chemical structures of naturally occurring molecules but they should not be thought of as ‘natural remedies’.

“We have been able to determine exactly how our new compounds work at the level of proteins and cells.” 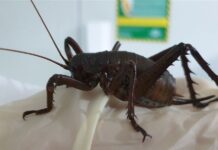