“Ordering ABS-CBN to stop its operations is an outrageous attack on media freedom. It is especially reckless as the country deals with the COVID-19 pandemic. The Filipino people need accurate information from independent sources. The government must act immediately to keep ABS-CBN on air and cease all attempts to curtail media freedom.”

“This latest move against ABS-CBN occurs after repeated attacks in the past against the network by President Duterte himself. It is yet another attack on freedom of expression in recent weeks, following the authorities’ legal threats against people who criticized the government’s response to the pandemic.

“This is a dark day for media freedom in the Philippines, reminiscent of martial law when the dictatorship seized control over news agencies. The lessons of history should be a reminder to the government not to go down this path, press freedom must be upheld and this attack on ABS-CBN should be vigorously opposed by all who care about free speech.”

On 5 May 2020, the National Telecommunications Commission (NTC) issued a cease-and-desist against broadcast media company ABS-CBN, ordering the company to stop operating its TV and radio broadcasting stations nationwide “due to the expiration of its congressional franchise” on 4 May 2020. The NTC cited Republic Act 3846, or the Radio Control Law, in its order, which also gives the network 10 days to explain why the broadcast frequencies assigned to it should not be recalled.

ABS-CBN has produced numerous investigative reports highlighting extrajudicial executions committed as part of the government’s so-called “war on drugs.” Similarly, news website Rappler and its CEO Maria Ressa, who have also been critical of the anti-drug campaign in their reporting, are facing a string of lawsuits, including charges of tax evasion, cyber libel and foreign ownership.

President Rodrigo Duterte has repeatedly attacked ABS-CBN for allegedly failing to run his paid political advertisements during the 2016 elections, which he won. In a speech in December 2019, Duterte advised the network’s executives to sell the company as a way out.

Today’s order came after Solicitor General Jose Calida warned the commission that they may be prosecuted if they issue a provisional authority to ABS-CBN without a franchise from Congress. In February 2020, Calida filed a quo warranto petition before the Supreme Court, asking it to revoke the existing franchise of ABS-CBN for allowing foreign investors despite constitutional prohibitions and launching a subscription service without the required government approval. The Supreme Court has yet to decide on the issue, following the suspension of the court’s operations in light of the community quarantine in effect in Metro Manila in response to the COVID-19 pandemic.

Several bills are currently pending before the Philippine Congress for the renewal of the network’s franchise, but these have not been taken up since the current Congress began its term in July 2019.

In recent weeks, the National Bureau of Investigation has summoned individuals suspected of spreading fake news related to COVID-19, but human rights groups said these included those who were merely airing their grievances online. A Cebu City-based artist was also arrested without warrant in April 2020 over a Facebook post that police considered as “fake news”. The Bayanihan to Heal as One Act, which grants President Duterte special powers to address the pandemic, includes a provision that punishes “creating, perpetuating or spreading false information” with up to two months in prison, up to P1 million in fines, or both. 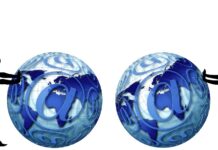