4 MAY 2020FOR IMMEDIATE RELEASE
With Budget 2020 just ten days away, lock-up details are still a shambles, making it impossible to plan the practicalities of having analysts attend, says the New Zealand Taxpayers’ Union.“Some weeks ago the Government was approached about having an Auckland-based media and analysts lock-up so fewer people needed to travel to Wellington for the Budget,” says Jordan Williams, Executive Director of the Taxpayers’ Union. “Other than informing that an Auckland lock-up ‘is not planned’, Treasury haven’t said a peep about how this year’s lock-up is going to work.”“There is going to be heightened financial market interest in Budget 2020.  More financial institutions are going to need to have analysts in the lock-up to avoid distortions in what information market participants have when the embargo is lifted.  That makes the usual space in the Beehive Banquet Hall impractical if we are to have social distancing.”“Not since the 1980s has the market been so sensitive to Budget announcements. The normal talking heads with a few analysts aren’t going to be enough.””The earliest we come out of Level 2, is the same week of the Budget. If Level 2 is extended, how will media, stakeholders, and institutions send their representatives not based in the Capital? The Level 3 Health Act order permits Taxpayers’ Union staff to travel between regions for work purposes – but others, such as Business NZ, don’t have that permission.”“Permitted by the increased politicalisation of Treasury under the former Secretary, the current Government has been much more obtuse about how and who att 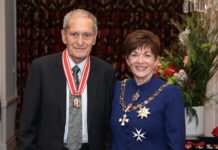