The show will no longer take place in July but instead form the motorsport arm of the Big Boys Toys expo in November.

The move comes amidst a wave of Covid-19 related postponements and cancellations of other large events scheduled for upcoming months, along with a more inclusive repositioning of the expo.

Varney has competed in motorsport for over a decade, including the NZV8s and a number of GT championships. Last year he finished third in the Hi-Tec Oils Bathurst 6 Hour Race, racing behind the wheel of a Holden Commodore.

Shaun Varney –managing director of Big Boys Toys – Shaun Varney always wanted to be on the grid. What started out as a love of cars soon developed into a passion for competitive motorsport -at just 14 he won his first race, being crowned Auckland School Boys Karting Champion.

Since then he hasn’t looked back, moving his way through a number of feeder classes before making his debut in the NZV8s championship in 2013, finishing in third place.

In 2018 he finished second overall in the Thailand Super Series in a Porsche 911 GT3 and in 2019 he reached the podium of the Hi-Tec Oils Bathurst 6 Hour Race –Class B High Performance, racing behind the wheel of a Holden VE Commodore SS-V Redline.

Impressive results on the track are just the beginning of Shaun’s talents. Beginning his career in media as an intern at Saatchi & Saatchi, Shaun went onto work as an Art Director at advertising agencies BC&F Dentsu and Rascals. It’s here where his undertstanding of branding flourished as he went pedal to the metal into all things creative.

Turning the corner, Shaun is now the owner and managing director of Big Boys Toys where his focus is the seamless amalgamation of the event with the CRC Speedshow and providing people with a bigger, better and more elevated offering. 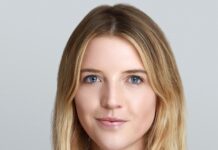 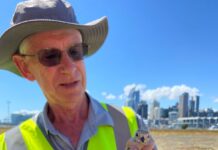