20 APRIL 2020FOR IMMEDIATE RELEASE“The Deputy PM must live by the sword, die by the sword,” says the New Zealand Taxpayers’ Union, reacting to the slapping down of Deputy Prime Minister Winston Peters’s lawsuit against former Ministers and senior public servants over the public disclosure of his NZ Superannuation overpayment. The Taxpayers’ Union is calling on the Crown to claim an uplift in costs so taxpayers aren’t left out of pocket.“Make no mistake, this court case cost taxpayers millions of dollars, and it was all for the sake of Mr Peters’s vanity.”“The case spectacularly failed. And he should not use his position to dissuade Crown Law from going after every cent in costs.”“Under our legal system, the costs follow the results. And believe me, they don’t cover the real costs of running a civil trial like this. Scheduled costs mean what Mr Peters pays won’t be the half of what taxpayers are left out of pocket.”“From the start, this whole claim was a distraction from the real questions Mr Peters should be answering. Sitting on a salary of $335,000, why was he even claiming the pension? Talk about a broken system. Most taxpayers barely earn a fraction of Mr Peters, but pay for his double-dip superannuation cherry on the top. It’s a rort.”“While he’s at it, Mr Peters could also pay back the $158,000 of taxpayers’ money his party illegally spent on his 2005 election campaign. Taxpayers still haven’t seen a cent of that.” 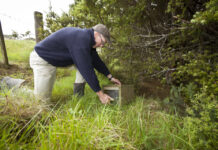