The Government has today released the report from the Public Inquiry into the Earthquake Commission chaired by Dame Silvia Cartwright.

Minister Responsible for the Earthquake Commission Grant Robertson says the Government wants to learn from people’s experiences following the Canterbury earthquakes and other recent natural disasters.

“The Report includes a number of recommendations for both wider government and specifically EQC. We’ll take some time to carefully consider each recommendation and will release our responses as soon as we can.

“Many of the recommendations will require legislative change and will be included in a full review of the EQC Act, set to be undertaken next year,” Grant Robertson said.

The Minister for Greater Christchurch Regeneration Megan Woods says the Inquiry gave a voice to people affected by the quakes, and their experiences have been comprehensively documented.

“The people of Canterbury were very open with the Inquiry and their stories have been heard. The compendium to the report ‘What we heard’ reflects people’s challenges and frustrations, as well as their views on how to improve the EQC process.

“We’ll be looking closely at people’s experiences with EQC, issues around repair work of homes and quality assurance of work carried out.”

“This Government has already taken steps in Canterbury that meet the intent of some recommendations in the Report, by setting up dispute resolution channels for people through the Greater Christchurch Claims Resolution Service and the Canterbury Earthquake Tribunal.

“We need to now consider how these types of services can be applied across New Zealand in the event of other natural disasters,” Megan Woods said.

The ministers thanked Dame Silvia and her team for their empathetic and fulsome report.

“We particularly want to thank everyone who contributed to making this report such a valuable resource so New Zealand can move forward and improve how natural disaster claims are dealt with in the future.” 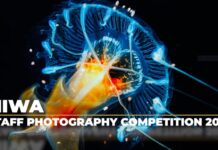