HONG KONG, CHINA – EQS Newswire – 1 April 2020 – A fully integrated biopharmaceutical company — Uni-Bio Science Group Limited (“Uni-Bio Science”, together with its subsidiaries referred to as the “Group”, stock code: 0690.HK), is pleased to announce its annual results for the year ended 31 December 2019 (the “Year”), as well as its comparatively figures for the year ended 31 December 2018 (“2018”).

Key Accomplishments in 2019
During the Year, the Group has recorded a spectrum of accomplishments both in terms of marketed products, and consolidation of the Group’s assets. The key highlights include:

1.    GeneTime® (EGF spray indicated for wound healing) recorded significant growth with turnover increase by 103.2% year-on-year (“YoY”) to approximately HK$128.0 million in 2019. This was mainly attributed to the effective adjustment in marketing strategy. The Group has initiated two new research projects in November 2019 on this product line, aiming to expand its application to new patient groups.

2.    The Group signed a letter of intent with Kai Ping Shi Jian Bao Zhen Tourism Development Company Limited (開平時間寶鎮旅遊發展有限公司) to co-construct and co-operate the healthcare facilities used for chronic disease management in the Greater Bay Area. The agreement is expected to directly benefit the long-term sales of the Group’s chronic disease products, especially the soon-to-be-launched rhExendin-4 (“Uni-E4”) and rhPTH (1-34) (“Uni-PTH”) used in the treatment of diabetes and osteoporosis, respectively.

3.    The Group’s Uni-PTH (Teriparatide) high-precision industrialization project was approved by Zhongguancun Science Park Management Committee, showcasing its clinical significance and commercial potential. Upon approval, the Group has received the first installment of government support funds (RMB 10 million) in April 2019, which will be used to support the optimization and upgrades of the production line, the protection of independent intellectual property rights and major core technologies, as well as market promotion in order to prepare for its official launch.

4.    The Group had successfully completed a private placement of HK$30 million of new shares to a new strategic investor – CHMT Peaceful Development Fund Management Limited, which is a multi-strategy fund with worldwide investments in both private and public markets with an asset under management (AUM) of more than USD 5 billion. The proceeds from the placement will be used as the initial capital to progress three new corporate development projects towards the next stage, with hopes to further strengthen the Group’s portfolio coverage.

5.    Triazole, recombinant human epidermal growth factor, along with glinides class products of the Group, were once again included in the National Medical Insurance Catalogue in 2019. This has further demonstrated that the market potential of the major products sold by the Group, namely GeneTime® (a patented biopharmaceutical recombinant human epidermal growth factor external solution (I)), Pinup® (Voriconazole Tablet, a patented chemical) and Bokangtai® (Mitiglinide calcium tablets). The Group is expecting a significant and sustainable growth of the above products in the near future.

7.    Uni-PTH, the only anabolic agent effective in improving bone density and reducing the chance of vertebral and hip fractures, is getting a step closer towards its official launch. In December 2019, the Group submitted supplementary drug information to the Center for Drug Evaluation (“CDE”), and the Uni-PTH lyophilized powder injection was expected to be launched in the second half of 2020 after obtaining the drug registration approval.

8.    The NMPA has officially accepted the Group’s application for registering Boshutai® (Acarbose tablet) as a Category IV chemical drugs in January 2019. The Group is now preparing the submission of supplementary information and expects to obtain the drug registration approval number in the second half of 2020. To enhance competitive advantages, the Group further optimize its cost structure through internal control and external partnership, as the leaner cost structure should in turn offer the Group better positions in market penetration to boost marketing share with limited marketing input.

9.    Uni-E4, an innovative biologic drug self-developed by the Group, is a class of anti-diabetic treatments called GLP-1 agonists and a non-insulin treatment candidate that stimulates the incretin pathway. It is the first fully biologically expressed GLP-1 agent in the world. With its unique biological expression manufacturing process along with its advantages in costs and price, Uni-E4 has the potential of becoming a leading competitor of the GLP1 drugs in the blue ocean market of China. The project is currently under development as scheduled. The CDE has accepted the Group’s application for bridging trial of the new Uni-E4 pen injection formulation in December 2019. The Group expects the bridging clinical research of the Uni-E4 injection to begin in 2020, and the drug will be launched after the completion of registration with the NMPA as soon as 2022.

Annual Results
In 2019, the Group recorded a turnover of HK$209.4 million, representing a surge of approximately 54.9% YoY (2018: HK$135.3 million). The increase in turnover was mainly attributable to the significant sales growth of GeneTime® and the rebound in sales of Pinup®. Among all the products, GeneTime® was particularly favoured by the market, with an increase of 103.2% from approximately HK$63.0 million in 2018 to HK$128 million in 2019. GeneSoft® recorded a stable revenue growth from approximately HK$27.1 million to HK$30 million, representing an increase of 10.7%. The growth was mainly attributable to our strategic cooperation with CR Zizhu to broaden our distribution channels. With new strategy in place and good progress of the bioequivalent (“BE”) study, Pinup® revenue surged by 58.2% from approximately HK$29.4 million to approximately HK$46.5 million in 2019. The Group expects that Pinup® will be the second BE approved voriconazole in the market.

Cost of sales for the Year increased proportionally by 58.2% from HK$17.7 million in 2018 to HK$27.9 million in 2019. Gross profit increased 54.3% from approximately HK$117.6 million in 2018 to HK$181.5 million in 2019, mainly driven by the increase in revenue. On the contrary, gross profit margin remained stable at 86.7% (2018: 86.9%). Alongside our efforts of restructuring and reorganizing our direct sales team to achieve greater efficiency, selling and distribution costs as a percentage to revenue decreased from 85.8% in 2018 to 71.3% in 2019, representing a decrease of 14.5 percentage points. The Group’s structure has changed from a divisional organization structure to a functional organization structure with specific business units, which led to additional savings and efficiencies by combining supporting functions into one. Substantial saving has been seen from such restructuring with general and administrative expenses decreased by 20.6% from HK$74.8 million in 2018 to HK$59.4 million in 2019. The Group continued to focus on research and development by investing HK$42.7 million in 2019, which was approximately the same as HK$44.2 million in 2018. With the strong revenue growth and stringent cost and expenses control measures, the Group achieved profitability this year, demonstrating the effectiveness of the our strategies. As compared with the loss of approximately HK$107.9 million for the year ended 31 December 2018, the Group recorded an earnings before interest, tax, depreciation and amortization of approximately HK$28.4 million as at 31 December 2019. Profit for the year amounted to HK$2.5 million with basic earnings per share of HK$0.04 cents, marking a turnaround from a loss of HK$138.6 million or a basic loss per share of HK2.24 cents in 2018.

Prospects
China’s pharmaceutical market has been growing in recent years and is estimated to reach $161.8 billion in size by 2023, or 30% of the global market. The industry has slowly shifted its focus from generic drugs to the development of original and innovative treatment. To reduce the reliance on imports, the Central Government has introduced a series of policies, some of which included developing multinational clinical centres, sharing clinical data globally, accelerating the approval process of innovative medicine, and enhancing the protection of clinical data. The drug approval speed has since increased by 62%, while the newly approved biologicals in 2018 have also surged by 450% YoY.

The State Council introduced a new arrangement for the state-organized, centralized procurement reform (“4+7 pilot programme”). This included expanding the pilot area for the centralized procurement and use of generic drugs to almost the entire mainland, covering 11 major cities including Shanghai and Beijing, as well as increasing the drug varieties. It is expected that in the next 3 years, 80% of the top selling drugs (oral intake) will be included in the 4+7 pilot programme. Acarbose has already been included in the list and there is a possibility that Pinup® may also be included within the next 3 years.

Mr. Kingsley Leung, Chairman of Uni-Bio Science, commented, “Adhering to our strategic plan, in 2019, the Group has invested heavily on the research and development of medicines in areas of chronic metabolic disorder, such as diabetes and osteoporosis, as well as epidermal growth factors. In face of the growing ageing population, we collaborated with Kai Ping Shi Jian Bao Zhen Tourism Development Company Limited to co-construct healthcare facilities to treat the increasing needs of patients with chronic disease. We believe that this cooperation will greatly benefit our Uni-E4 and Uni-PTH development and further enhance our technical knowledge in the field of diabetes and osteoporosis. The positive feedback received from CDE and NMPA has ensured our pipeline products will be launched as scheduled and has solidified our competition advantages in the market. In response to the 4+7 pilot programme, we are actively looking for strategic partners, particularly on our generic product line in order to optimize manufacturing cost and yield a higher competitive advantage for our products. In the short term, we remain razor focused in pushing forward our drug application process, establishing strategic partnerships, as well as further optimizing our sales and marketing structure. In the mid-to-long term, we will leverage on our core strength of innovative biologic R&D, in particular look towards building a pipeline of best-in-class candidates, and less focused on generics, in hope to create a fruitful return for our shareholders.” 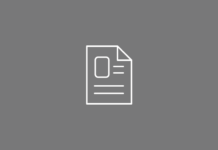 Opinion: White supremacy, the Trump moment, and the complicity of the...