A new Ministry of Health funded report reveals that gambling venues often provide convenient and safe spaces, and relief from family responsibilities, for women with a lack of social support.

The report on gambling related harm for women in New Zealand, released today, highlights a gap in social services and safe recreational alternatives to gambling for women in their local communities.

“Women’s socio-cultural positioning as primary caregivers contributes to gambling harm by placing unrealistic expectations on them, while simultaneously constraining their ability to prioritise their own wellbeing. Gambling venues in local communities offer some women respite, distraction, comfort and connection or time-out, but also place them at heightened risk of gambling problems and harm,” she says.

Of particular concern was the finding that women’s gambling in community settings may be normalised or seen as a less harmful way of coping with family stress and distress than alcohol or smoking.

The report recommends that gambling services should position themselves to identify and advocate specifically for the needs of women.

AUT’s Gambling and Addictions Research Centre (GARC) was contracted by the Ministry of Health to explore the context, experiences and factors that influence gambling harm among women, and identify opportunities for prevention and reduction.

Gender informed analysis is rare in gambling studies. Most have tended to focus on gambling harm as an individual issue, to be treated, rather than a public health issue, addressing the social contexts and environments where it occurs. Gaps in the current understanding may actually hinder prevention efforts.

The study suggests that a recent public health campaign for Gambling Harm Awareness Week, encouraging women to ‘take time out from gambling’ and ‘put time into whānau’, is unlikely to be effective and may even be harmful for some women.

“This messaging is concerning in the context of our findings, where gendered responsibility for family wellbeing was found to be a contextual factor for problematic gambling and harm among women,” says Dr Palmer du Preez.

“Family and community interventions should recognise that ‘the family’ can be a problematic space for women in terms of health and wellbeing, and explicitly address issues of gender inequality, power and privilege played out in families and communities.”

According to the report, women gambled to a similar extent to men. However, there was a heightened risk for women, particularly in community-based gambling. It is also possible that women gamble a greater proportion of their available resources than men, contributing to gender differences in the overall impact on wellbeing.

The study supports research suggesting that the removal of electronic gaming machines from all community venues is likely to have a positive effect on gambling harm for women and other groups, in combination with facilitating gender equality and community connectedness.

It also provides a glimpse of what gambling harm reduction could look like if women and gender issues were carefully considered in research, policy and intervention, in its design and practice. 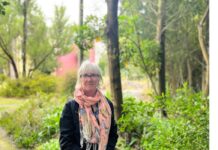