The Government is backing the Reserve Bank’s latest action to support the economy by reducing longer-term interest rates, meaning lower costs for businesses and mortgage holders, and a lower currency to help our exporters.

The Minister of Finance has signed a memorandum of understanding and a letter of indemnity with the Reserve Bank to enable it to undertake a programme of large scale purchases of New Zealand Government bonds on the secondary market up to a value of $30 billion over the next 12 months, to reduce interest rates and inject money into the economy.

“This is part of our strategy to mobilise all arms of New Zealand’s economic infrastructure in our fight against the COVID-19 virus,” Finance Minister Grant Robertson says.

“We are all uniting together – the Government, the Reserve Bank, private businesses and the retail banks – to cushion the impact on New Zealand from this global pandemic.”

Large Scale Asset Purchases* (LSAPs) have been widely used by central banks around the world in recent years, including in the United Kingdom, Eurozone, the United States, Sweden and Japan. The Reserve Bank of Australia launched a programme of Government bond purchases on the secondary market last week. The technique is also known as Quantitative Easing.

This decision remains an independent one for the Reserve Bank. But, because the Reserve Bank is part of the Crown’s balance sheet, it is necessary for an indemnity to be signed by the Minister of Finance.

In addition, a Memorandum of Understanding has been created to establish a framework for this decision, and any future decisions on alternative monetary policy.

The investors – including banks – also receive a cash injection as they receive the proceeds from selling their Government bonds to the Reserve Bank.

A lot of interest rates in the economy are calculated off the yield interest rates for Government bonds, meaning any move to reduce these rates will also flow through to those charged by banks for business lending and mortgages.

This is in addition to the Reserve Bank’s independent decision cut to the Official Cash Rate (OCR) last week, which was focussed on bringing shorter-term interest rates down. 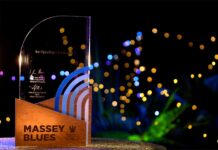 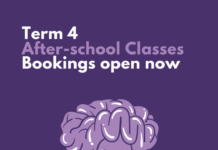